How Technology is Changing Construction

Technology is helping to improve a number of different industries, and the construction industry is no exception. When equipped with the right technology, construction companies across the globe are able to work safely and more efficiently. Is this innovation going to cost your company though?

Pretty soon, you’ll be able to 3D print a house for a couple of thousand dollars.

In April 2014, a Chinese construction company named Winsun revealed they’d finally achieved something people had been attempting for years; they had created a suite of 10 completely 3D-printed houses, made from recycled concrete. And all for only about $5,000 USD a pop.

Then, in early 2015, they one-upped themselves by revealing an entire 6 story apartment complex, again made from leftover construction junk.

While these are still isolated cases, rather than mainstream construction developments, the race is on to be the first company to make 3D home printing a common reality. With housing prices all over the world constantly on the rise, the ability to create and maintain cheap and quickly reproducible houses is going to revolutionize how we approach construction.

For those of us in the construction industry, it’s a heads up that times are changing! 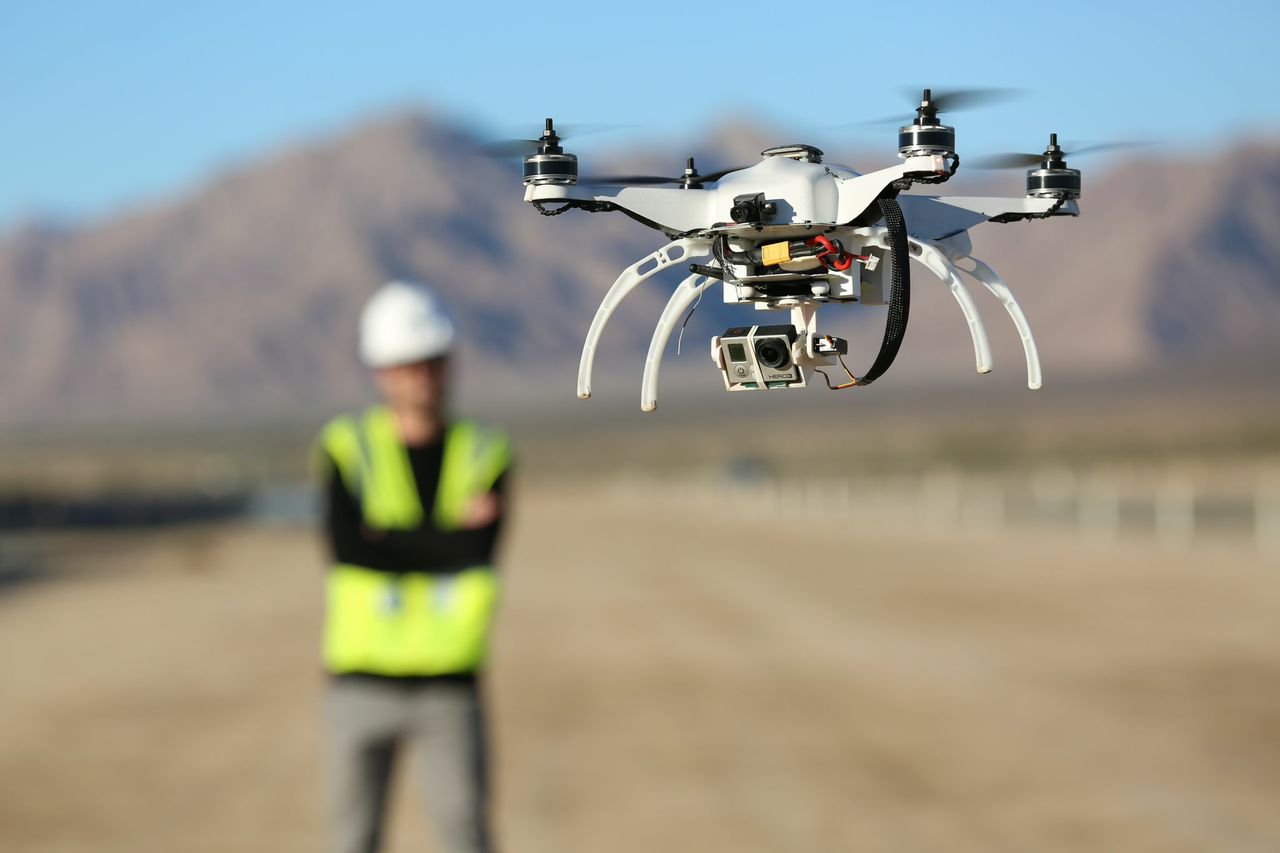 When it comes to surveying potential construction sites and monitoring active sites, drone technology is literally changing the construction landscape. Construction companies are hiring drone pilots to survey construction sites in both heavily congested and remote locations. Additionally, construction site foreman are using drones to actively monitor their sites. This makes it possible to not only monitor workers but also quickly survey the progress of certain areas on the job site.

Providing increased capabilities in 3D mapping, site evaluations and real-time analytics of data, foremen in some large-scale architectural projects are being supplemented with construction drones that automatically record and convert their video feed into reports. This means they have up-to-date information on construction progress, what areas are behind schedule, or potential risk factors onsite.

If you’re a worker, you might consider this development a little apprehensively. Critics argue the use of drones could lead to workers being overworked and overstressed, worried that something as simple as taking a swig of water at the wrong time might be seen as the reason their sector is behind schedule.

Whatever your thoughts, being able to assess a site prior to construction, and then monitor it with up-to-date reports is invaluable to a construction company, and will certainly change how projects are run and develop in the future – assuming we’re not 3D printing them all by then!

New technologies are allowing us to build a more sustainable future, with more and more building power being taken from solar, wind, and biofuels.

Building development is moving towards designing energy-neutral (or even energy-positive) houses, which means other than the original consumption of materials, nothing is drained from natural resources. Design elements such as water reuse, regulating internal temperatures without conventionally cooling or heating (such as smart-glass windows that can, with a tiny electrical charge, change how much light and heat they allow through them to naturally warm or cool the house), are great examples of how construction is working towards sustainable building projects.

Wearable technology is having a positive effect on the world of construction, especially in terms of job site safety. A growing number of construction companies are now putting smart sensors in their workers’ boots, wristwatches, hard hats, and other safety gear such as rooftop harnesses.

These wearable sensors are helping foreman better track the condition of workers on the job site. Hard hat sensors can alert foreman if an impact takes place and wristwatch sensors can monitor body temperatures and ensure workers aren’t suffering from heat exhaustion.

Likewise, boot sensors can monitor how long workers have been on their feet and track the amount of time between breaks. Harness sensors can also monitor the number of workers on a structure and alert foreman if a sudden drop in height takes place.

Not only do misplaced power tools and hand tools cost construction companies millions each year, they can also become dangerous walking hazards if left in the wrong place.

Instead of carrying around rolls of blueprints and other job site paperwork, contractors and foreman are relying on the portability and versatility of tablets.

Tablets can store massive amounts of data that’s accessible with the swipe of a finger.

Tablets in combination with Wi-Fi allow construction site foreman to upload and share documents as well as make edits in real time.

Construction apps allow foreman and contractors to get the most out of their gadgets. There are a number of construction-focused apps on the market, including CAD apps that make it possible to make blueprint changes in the moment. 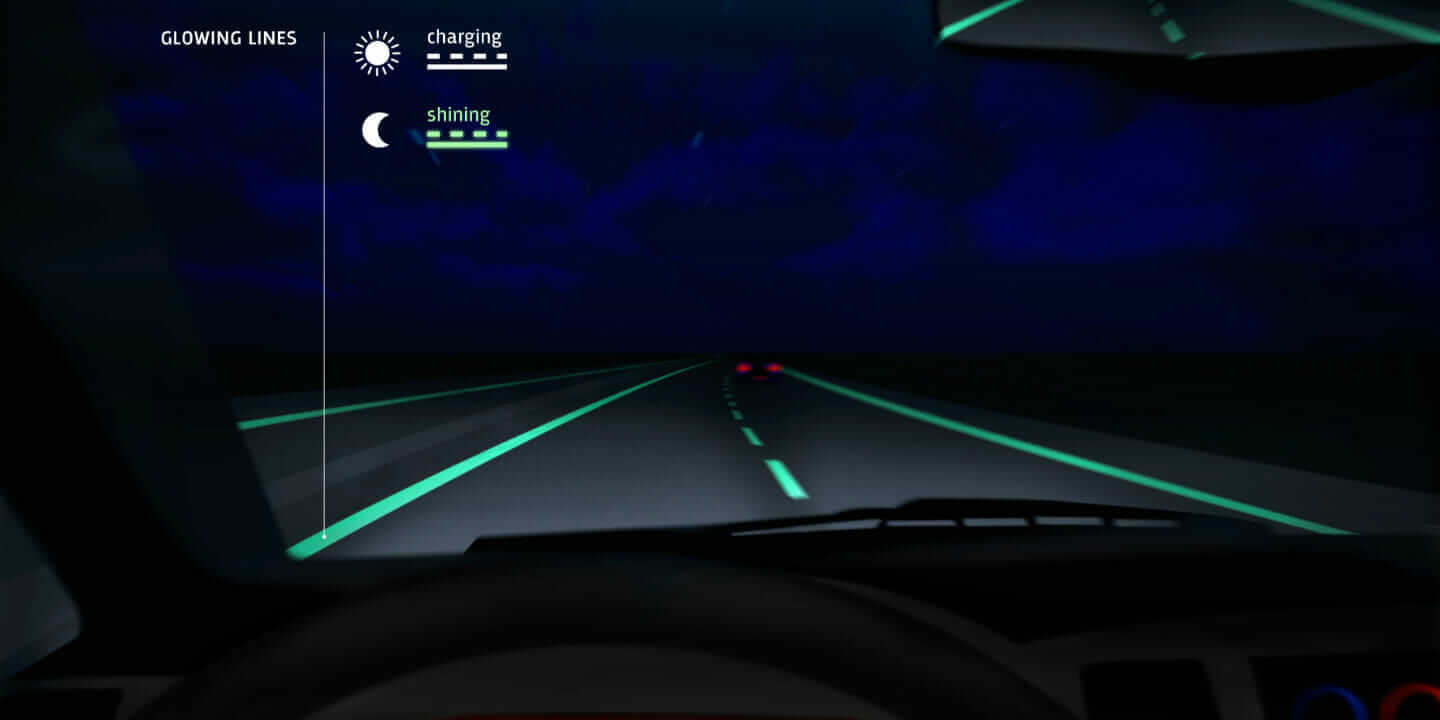 In 2014, the first stretches of the Smart Highway project opened in the Netherlands. The traffic markings are made of a special new luminescent paint, And it’s not just for cars, either: There’s also a bicycle path with glow-in-the-dark stones inspired by Vincent van Gogh. Future goals of the project include road paint that can react to temperature and in turn provide weather warnings to drivers.

In a world that is increasingly more ecologically aware, many organizations have sought ways to create sustainable, ecologically friendly power. Now one Italian company, Underground Power, has developed a way to capture the dissipated kinetic energy of braking automobiles to generate electric current. These devices have the potential to produce, in a single year, an amount of power equivalent to that of 19 tons of oil! 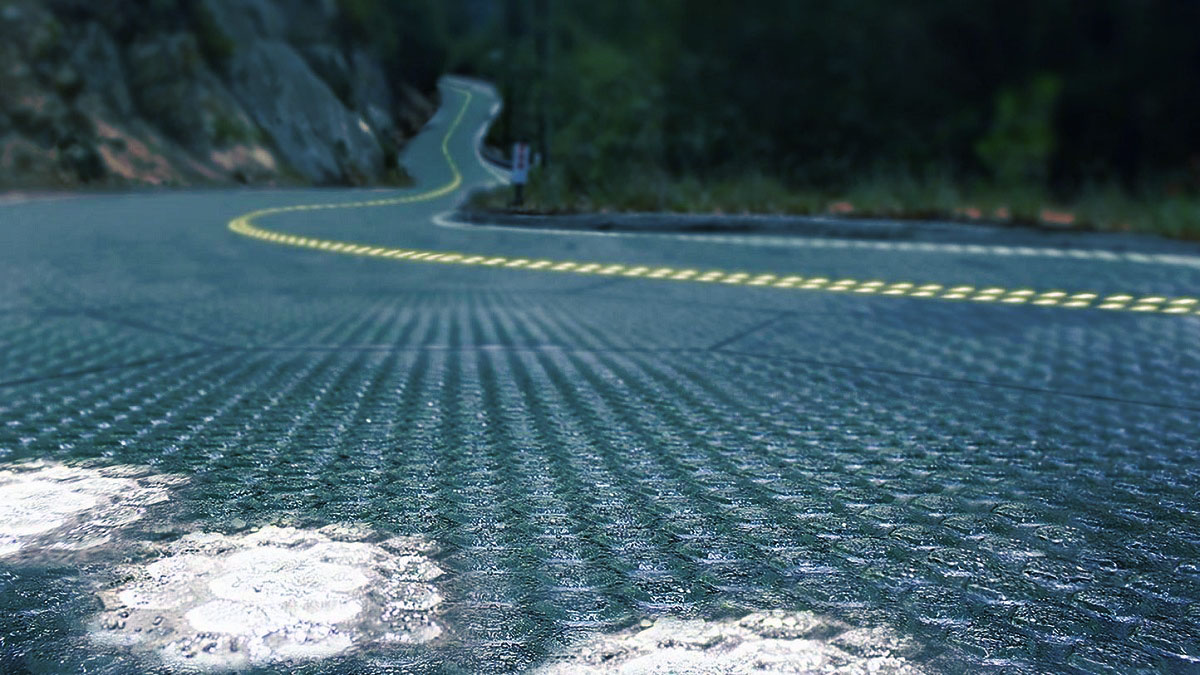 Kinetic sciences are not the only avenue being explored to transform roads from inactive thoroughfares into energy-creating entities. Since 2009, Scott and Julie Brusaw have been developing a system of structurally engineered solar tiles for road use. These solar tiles are not only capable of producing electricity from sunlight, but they can also handle loads up to 125 tons. This technology could eventually transform America’s 31,250.86 square miles of roads, parking lots, driveways, playgrounds, bike paths, and sidewalks into the world’s largest power network.

In 2014, the number of turnkey solutions incorporating devices like the Oculus Rift exploded. Available at a wide range of prices, these systems are bringing the advanced technology of immersive “virtual reality” to the hands of nearly any AEC firm. Through systems combining advanced software and dual displays, designers and clients can literally bring building information to life.

From drones to sensors and every gadget in between technology has helped every aspect of design and construction grow and will do even more so in the near future.

How are you adapting to technology in your business? Duralift has exciting changes coming up – watch this space!

OUR AERIAL LIFT RENTAL OPTIONS INCLUDE:

Straight Boom Lifts are ideal for direct, maximum reach to work at height, we have a range of straight boom lifts or telescopic boom lifts.

Duct lifters are the ideal access equipment for HVAC equipment installation and maintenance.

Yellow Card and Worksafe “WP” Licence via our partnerships with accredited RTOs.

Ideal for materials handling our wide range of LPG and diesel forklifts will meet your short and long-term hire needs.

OUR FORKLIFT RENTAL OPTIONS INCLUDE:

Designed to meet building and construction industry heavy lifting applications and materials handling, telehandlers have the unique ability to provide lifting and reach, driving productivity in the worksite.

OUR TELEHANDLER RENTAL OPTIONS INCLUDE:

We have a range of pallet jacks and other specialised equipment to support your hire needs:

Access hire, elevated work platform hire, EWP hire, cherry picker rental and aerial lift rental are terms commonly and interchangeably referred to the rental of platform lift equipment and machinery used for height related access in the construction and building sector and many other related downstream industries.  Access hire equipment by Duralift can elevate you to work at height safely and quickly. All types of access equipment vary on how they function, reach and elevate you to the area you need to work at.

Whether it be boom lift hire, scissor lift hire, vertical mast lift hire or duct lift hire, Duralift has the right access equipment in our extensive range to suit your needs. Furthermore, Duralift also has a complete offering of telehandlers, forklifts, pallet jacks and accessories and attachments to support your projects.

QUALITY RENTAL EQUIPMENT THAT WORKS FOR YOU

There is nothing more frustrating than hiring a lift only to find that it won’t get the job done. At Duralift, we know what your business needs – affordable rental of quality aerial lift and material handing units. That’s why we’re proud to offer our hire clients in Melbourne a range of rental elevated work platforms from the best manufacturer brands including JLG, Genie, Athena and more that are sure to get the job done.

When you hire from Duralift – whether that’s for cherry picker hire in Melbourne or something else – you know that the equipment will work, be safe, and make your job easier. We are a young company that is just 10 years old with a relatively new fleet, ensuring smooth performance and the highest levels of reliability. Let us make your job site stable and safe with reliable EWP hire across Melbourne.

From moving equipment to cherry picker rentals, let Duralift help you with all of your elevated work platform hire. Along with a comprehensive range of aerial lift rental equipment, we offer accessories and attachments, as well as fundamental equipment like pallet jacks available for hire for the smooth, efficient running of your worksite.

Our qualified team can help you determine which lift and access hire equipment is best for your needs, to ensure you can move forward with your job without delay. For knuckle boom hire, Scissor Lift hire or Vertical Mast Lift hire you can’t go past our range of late-model units for rent from respected brands.

If you are looking for JLG hire in Melbourne, or other great global brands like Genie lifts and Athena scissor lifts for hire, we have your needs covered. JLG hire equipment such as our most popular 19ft scissor lift are constantly replenished with new stock. So, when you want to get the job done in the quickest, most cost-effective way possible, while keeping your workers safe, Duralift has the solution. Reach out today for a free quote and advice on your access hire EWP equipment. Give us a call on 1300 580 580 or contact us online and let us know more about the type of job you need to complete.